Recently launched into the electric bike crowdfunding world is a new breed of ‘ultrabike’ according to Berlin-based founders Nilesh Bothra and Huzaifa Harawala, who say this e-bike will represent a “giant leap for e-bike technology.”

250w and 750w versions of the Bafang powered e-bike are listed as estimated shipping from February 2020, with parts manufactured in China before assembly and shipping from Thailand, according to campaign information on Indiegogo. The company say a prototype will be on show at Eurobike in September. 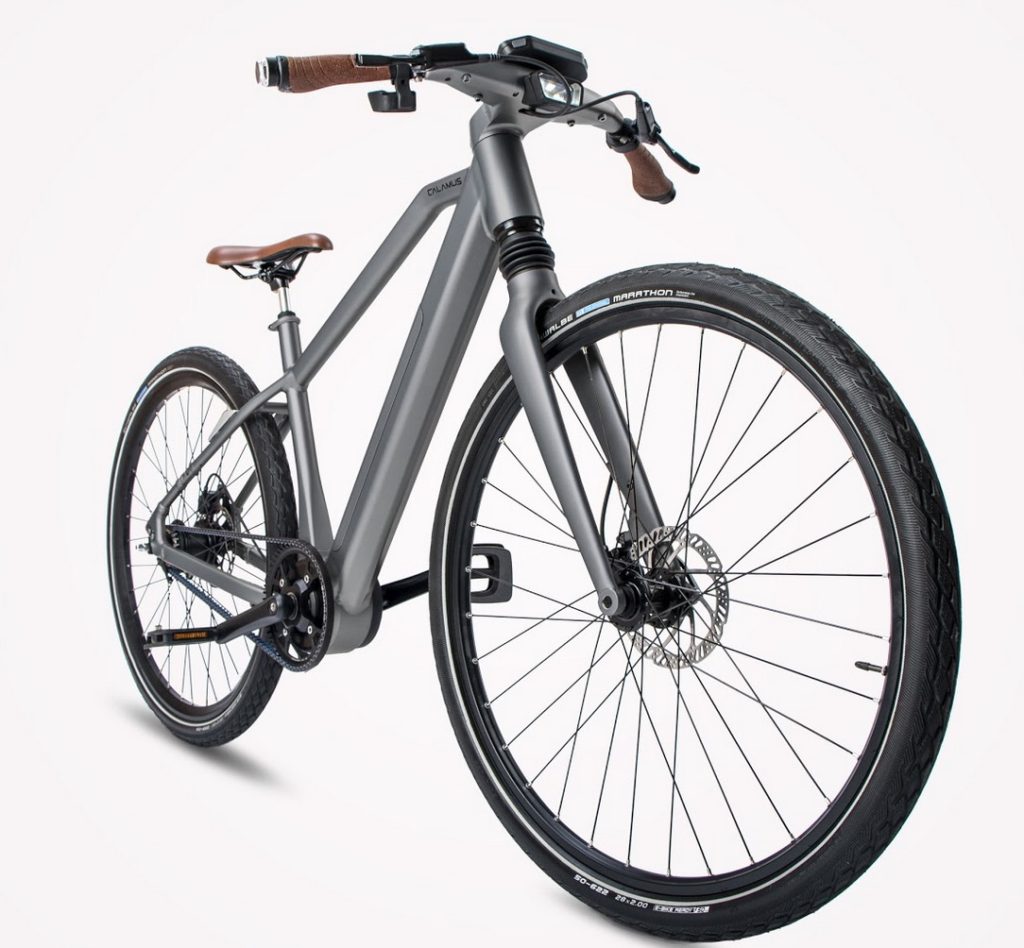 Unibody clean aesthetics tuck cabling away, with an integrated and weatherproof computer built into the handlebars using touchscreen operation; the drive system is unlocked by a fingerprint scanner. Data displayed includes Google Maps navigation, speed, battery level and range as well as battery and motor temperature, plus sensor status alongside fitness tracking. 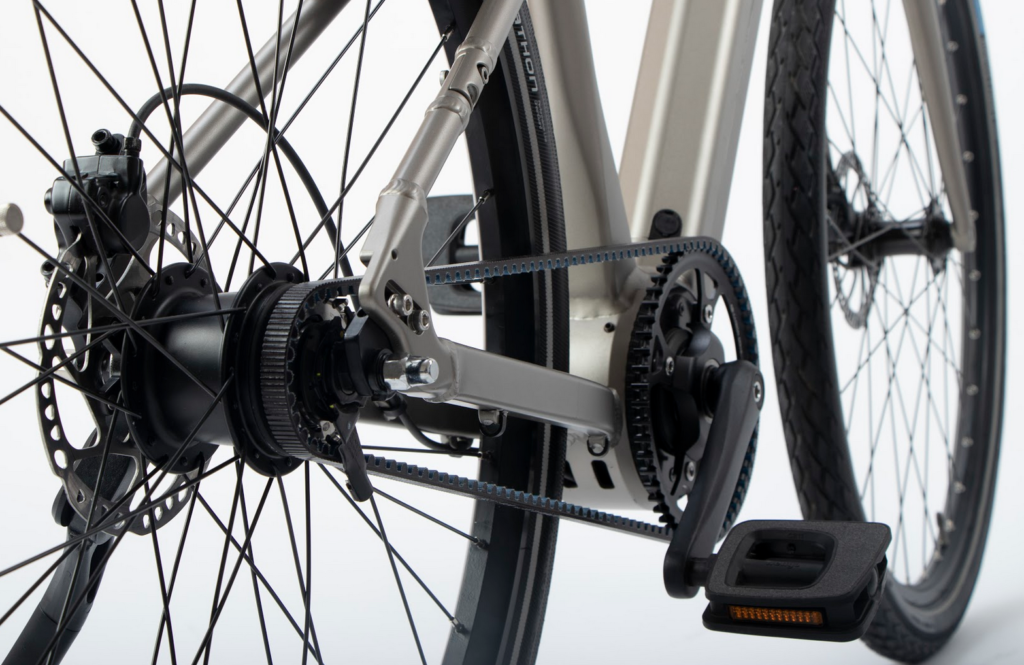 Smart safety features include handlebar grips that vibrate when the bike’s blind spot sensors detect vehicles approaching from behind. The handlebar edges also house LED safety white lights, which double as turn indicators at the push of a button.

The Gates carbon belt and auto gear-shifting based on riding pattern will offer a smooth riding experience, the integrated battery is detachable and the Calamus will feature anti-theft geo-tracking, tamper alarm alongside patent-pending component fasteners say the founders.

With 15 days to go, 55 backers have raised £110,239 towards putting the Calamus One into production at the time of writing.