I have 2 Ebikes and a 17.5Ah battery, originally I bought a separate mount so that I could swap the battery between bikes. However I since decided to get a second battery that could be used as a spare and allow me to take friends out on it.

I searched high and low and eventually found a battery on Ali Express that looks the same. After 3 months of waiting for it to arrive from China, it appears to be a totally different mount to the picture.

I am not sending it back as I am just going around in circles. So question?
How hard would it be to buy an empty battery case and mount and transfer the cells and BMS into the new case?
Both are Hailong, both 17.5Ah and the case is quite similar in size
If there is any major risk then its probably not worth doing as both batteries are new and work fine. But if it is easy then it is worth doing

Swapping over cases shouldn't prove difficult if they are the same ( but 5- 10mm here or there may make a difference, the only bits that might need soldering are the charge/discharge wiring and any switch if non are the same.

Here are the photos.
To me the cases are identical. But the mounts are different.
Ideally I want both to fit the mount that is on the bike.

I opened the battery to have a little look, but it seemed more complex than I was expecting.
Plus the issue is that I still dont have the relevant case, although I do have a second mount.

The mount for the bike actually gives the case for it more room inside so swapping over the battery pack/bms should be easy. The discharge pins are different 5 vs 4 on the one you don't want so one will have to cut and solder the discharge wires one at a time to the new case ( one likely will also need to extend the wires by 7 or 8cm), the switch and charge port are the same so one might be able to remove them wires intact and swap over or if not just a simple re-solder. It makes very good sense to have battery compatibility.
Boardman cx/mx (1) Oxydrive kit(270rpm ). (2) Bafang cst & KT kit (270rpm), (3) Q128C & KT kit( 201 rpm)), (4) Yose CST & KT kit (270rpm).

They are Polly battery cases, not Hailong, somtimes refered to as Jumbo Sharks. You have one old version and one new style. This seller has cases for both. 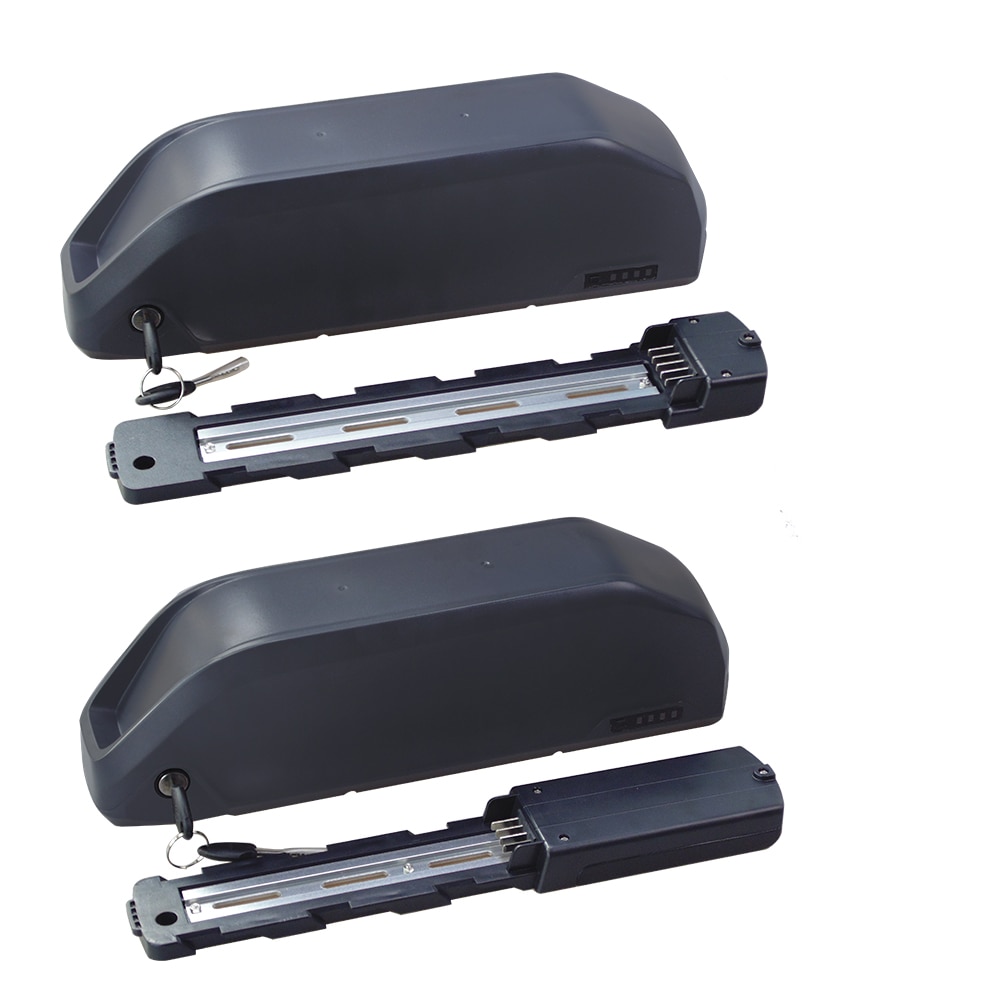 I had a problem with my battery holder. Mine had two large pins and three small ones. One of the small ones got bent so the guy I bought it from sent me another one but was the wrong one . It had four blades on like the one you have . Is that the one you are looking for ?

I'm assembling a case using a toilet paper holder, I cut it to make it smaller, on my YouTube channel I explain better how I'm putting it together!
Reactions: dwvl

So I got the battery case and mount and they are very similar as a few of you have mentioned.

I think I can actually swap the whole lot over. Including the charging point and the switch.

I will however need to lengthen the wires to the pins.
Hopefully all will go well.