So, I have a conundrum which I've been driving myself nuts with for several weeks now. I just need to make a decision.

I have a full suspension Commencal Supreme (it's an Enduro/Downhill bike). I'd like to add electrical assistance as I have knee issues, but would like to keep the character of the original bike as much as possible. I'm not looking to motor around without pedalling or anything.
I'd also like to maintain the strength of the bike as much as possible.
Excuse the temporary rear wheel.

Use will be a mix of commuting along single track paths, trails etc, and general mountain bike use, with a bit of light Enduro/DH thrown in at times.

I'd like a fairly natural feeling assist. I tired a friend's BBSHD with PAS and hated it. It's like someone just flicking a switch when you start pedalling and would be hopeless off road. It's also more power than I really need.

I've ruled out the TSDZ2, due to issues with crank spindle strength. Shame, I liked the idea of torque sensing.

I'm looking at the option of a XF08 from Woosh, as they have no 48V kits at present, but I suspect it may be underpowered.

I've also been considering the BBS02 as an option, but I hear a lot of negatives about the Q value and offset pedals on those.

I've considered the CYC X1-Stealth but it's a lot of money and long, unreliable lead times. Not a fan.

If I go BBS02 or rear hub, I'm wondering if I'm better getting a decent (any suggestions?) thumb or finger throttle, so I can actually modulate power delivery properly, rather than just having the on/off style PAS.

I've even considered building my own RC based kit, as I'm an engineer (which I still may do) but realistically I have little free time at the moment, so I've ruled that out for at least the short term.

Basically, I'm going around in circles and driving myself mad.

So, please, PLEASE help me make my darn mind up. Bonus points for a link to where to buy from too. I'd like to keep budget below a grand.

First point how will a battery fit in the frame triangle second point how wide is the bottom bracket .
A bbs02 is great fun on a fs bike , once you set the throttle up for amps and level 9 power have used a thumb throttle but now trying a twist type , quite often fit the original lhs pedal arm to compensate
Personal choice but a frying pan rear hub motor affects the weight distribution and handling as well the balance and looks
A

For that demanding use I'd go for a mid-drive, the main reason being that the bike's gearing should allow lower peak current and a smaller battery. Also, yes heresy, I'd try out the battery under the saddle, with the CoG nearer your own, to keep the bike's flickable character.
L

Thanks for the feedback so far! Interesting to see you both say to go mid drive.

Peter - are you using just a thumb throttle, or PAS too? The throttle setup for amps - is that something which can be done with the stock setup they ship with?

Regarding battery, for now I’m going to mount a smallish (10-13ah) unit above the rear shock. I’ll make my own bracket for it.

Longer term, I plan to make a long, thin battery to better integrate under the downtube.

I may also look at using a backpack battery where handling is really important.

The motor in stock factory programming is not always to my taste but the programme lead and the speeed app soon sorts it out, if you ride throttle only, the range suffers once adjusted the pas is fine , have all ways used a thumb throttle but currently trying a twist type on my cube 29er fs
Mine has a custom 20 ah battery with 52 x 21700 cells with a homebrew mount
Under mounting is a problem 4-6 kilo weight

If you don’t like how the bbshd behaves PAS wise, then I think you’ll find the same with the bbs02 and the hub drives as they work in fundamentally the same way.

TDSZ-2 may be your best bet, I think the crank axle issues are not as prevalent as you think. Would need to see some better pics of your bottom bracket area to see if it’d fit though, looks tight there with the swing arm.

What range you need?

If building another, i might be tempted to build a lightweight with a 250w hub and a 3ah battery (possibly from a power tool so easy to charge at work). Super light with a 25 mile range.

I'd have to ride something similar though, when I use my bbshd in 250w mode then i have to work the gears more to get up steep hills etc. As I understand it, you don’t have that luxury with a hub drive. You can’t use the powerband of the motor in the same way, but happy to be proven wrong!

The tsdz is for more gentle usage then enduro use, a few on ES have snapped the crank axle by standing on them and using them hard for hill climbing. One can try and mitigate the crank axle damage by fitting an extra support bearing on each axle to remove any lateral play. The lhs one can pry out the seal to fit another bearing behind the seal and refitting the seal and on the drive side one removes the seal form the spider and fits another bearing with a flat neoprene sealing washer covering the bearing.
It isn't a given that the axle won't snap but it appears that it depends on the bike usage.
Last edited: Jun 1, 2022
Boardman cx/mx (1) Oxydrive kit(270rpm ). (2) Bafang cst & KT kit (270rpm), (3) Q128C & KT kit( 201 rpm)), (4) Yose CST & KT kit (270rpm).

I don't align the year magnet on my BBS02 so the PAS does not work, I find this provides a much more natural feel.
Lekkie do crank arms that help the Q factor. 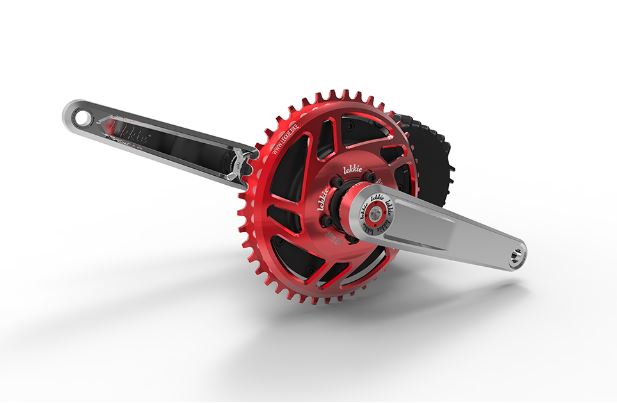 Lekkie Buzz Bar offset cranks for Bafang BBS01/02/HD motors. Precision CNC machined and a cut above the rest.
www.brightonebikes.co.uk
I have tried both rear hub and mid drive, I find mid drive is better suited to off road as the weight is more centred.
Some people prefer different systems, enjoy cycling is the most important thing.
Show hidden low quality content
You must log in or register to reply here.
Share:
Facebook Reddit Pinterest Tumblr WhatsApp Email Link