I have used a variety of ebikes over the years for my 12 miles each way daily cycle commute in all weathers. All have proved variably unreliable with connection faults, battery issues and failed components. I now have a Fazua-equipped Focus Paralane which is great when it works but pretty often has connection problems and now the bottom bracket has failed twice. It then has to go to a dealer and the part sent back to Germany - so the bike is always off the road for 2 weeks. So far Fazua have been pretty good in replying but others have reported struggling to get a response. I wonder what other peoples experience of reliability is? Also, having always maintained my bikes, I hate being made dealer-dependent and I would much rather just be able to obtain the parts needed myself. Are there any good UK-based systems that would allow that? Thanks
S

You could look at a conversion kit (or even whole bike) from Woosh. They are UK based and excellent customer service. Most of their kits or the electrical parts of their bikes are good quality standard Chinese components. You'll see several posts on this forum where the have sent out spares same day for next day delivery. Only suitable for people who can do their own work when the spares arrive, but you seem happy with that.

Another UK based setup is https://www.cytronex.com/ Like the Fazua their kit is lightweight relatively low powered for road bike style e-bike, and quite expensive. I don't know what they are like for spares and service.

Is the bike kept dry when at home and at work? You shouldn't have significant unreliability from all-weather commuting, but leaving them out in heavy rain can be a problem.
Viking tandem with 700C XF07 hub etc, provided (together with lots of help) by Woosh.
2nd hand Raleigh Mutus low step Nexus 7.

Hub motors have proved to be pretty much ultra reliable for me over the last seven years or so, more so then the mid drives I have fitted with both having failures to the controllers three mid drive units and four controllers.
All diy bikes using bog std mechanical parts means nothing is off the road for more then a few hours, no fancy BB systems just a hollowtech2 BB.
Last edited: Jan 4, 2022
Boardman cx/mx (1) Oxydrive kit(270rpm ). (2) Bafang cst & KT kit (270rpm), (3) Q128C & KT kit( 201 rpm)), (4) Yose CST & KT kit (270rpm).

Wisper is another UK company with very good CS, spares availablity and range of bikes worth a look.
Reactions: Tim@Wisper and sjpt

richard ayres said:
I wonder what other peoples experience of reliability is?
Click to expand...

I get them serviced by a local shop every 18 months or so, put a bit of oil on the chain every third or fourth time I go out on them I also like to keep the bikes reasonably clean but I don't spend a lot of time doing this as I hate cleaning bikes.

As you have to use your bike every day in all kinds of weather is why you are having problems I don't know what the answer is to this perhaps someone else has some ideas.
R

richard ayres said:
I have used a variety of ebikes over the years for my 12 miles each way daily cycle commute in all weathers. All have proved variably unreliable with connection faults, battery issues and failed components. I now have a Fazua-equipped Focus Paralane which is great when it works but pretty often has connection problems and now the bottom bracket has failed twice.
Click to expand...

Please could you tell us the problems you've had, so we know what to look out for? I'm a Fazua owner - with no problems so far, but you're getting through the miles quicker than me.
Cheers...

the main problem with mid drive motors is water ingress that destroys the bearings and from what peter has told me it is blown motor controllers with short damage over all motors that kills them dead and 99% of them wont sell any internal parts like new controllers or bearings so only option is a expensive new motor.

since i have had my bike i have never had any motor or batt problems even with a dongle fitted to remove the speed limit but dont ride in the rain if i can help it but i do hammer the crap out of it but after 7 years the bearings are worn and the transfer gear will also need replacing as pretty chewed up but peter can sort it for 160 quid and would be good as new but now have a cx motor so that is now a spare.

pic from a few years ago

as you can see if i just kept going teeth would have started to fail at some point so these things will need a service at some point as nothing lasts forever esp with moving parts like this. 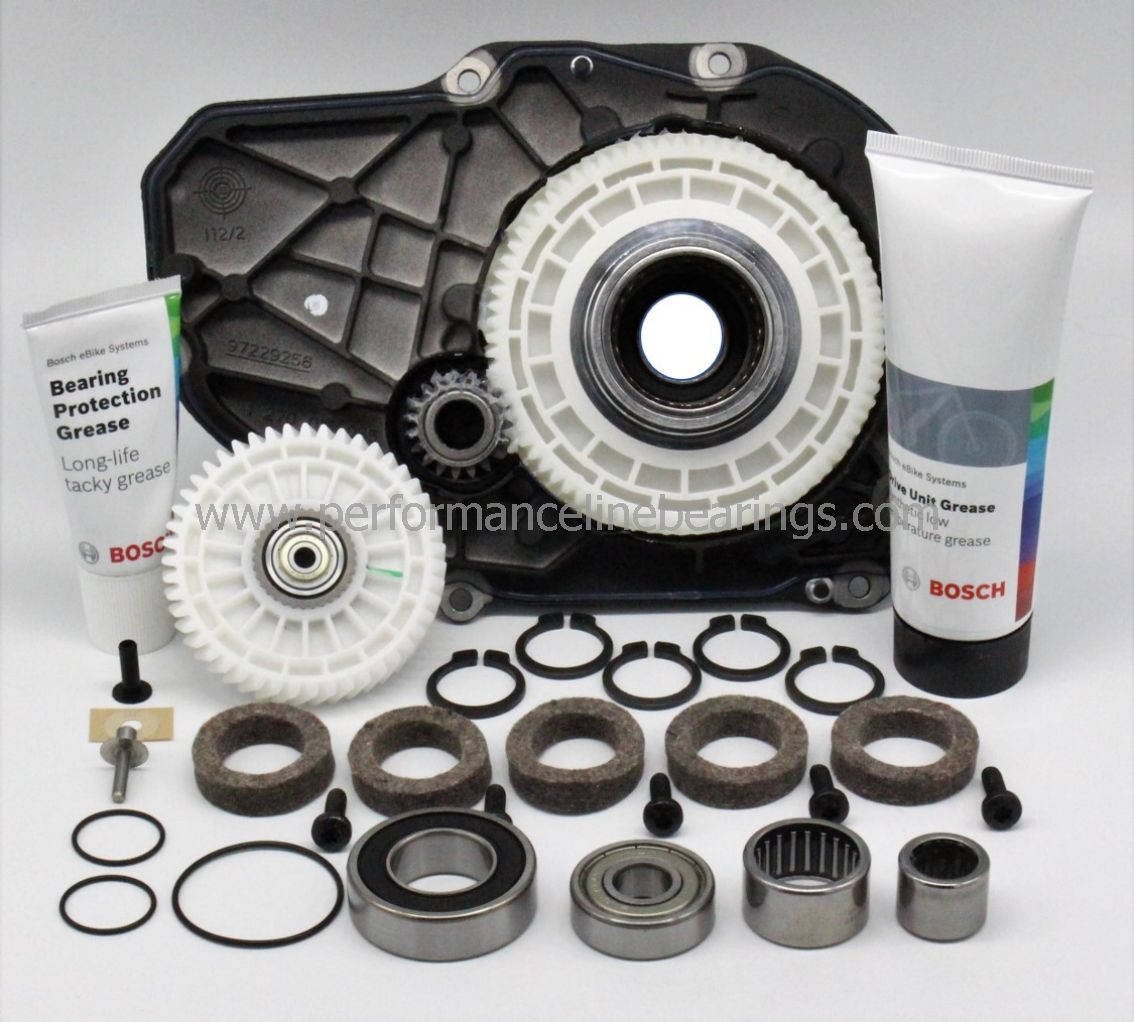 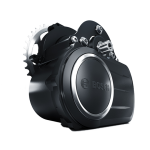 soundwave said:
the main problem with mid drive motors is water ingress that destroys the bearings...
Click to expand...

some motors are worse than others in this regard but you cant ride them in a brook all day long or a swamp that's for sure.

At Performance Line Bearings, we noticed the failure rates of the Brose motors has been widely reported and discussed on forums and social media platforms all over the world. We could also see from our own experience, and the sheer number of Brose motors going through our workshop that there...

From threads on other ebike forums, it is water ingress that is the main cause of issues. This effects hub or mid drive so neither is infallible

From a personal note, without being accused of being a blinkered fanboy, the thing that put me off ebikes over the last 15 or so years was I bought and sold a hell of a lot of bike bits, bikes and all on ebay and there was a great number of stripped down ebikes, which at that time were all eu/far east hub motor driven. So it is not surprising when you see so many parts like that to summise that they arent very good. Were they as some suggest gods gift to electrical driven bikes there wouldnt be thousands of stripped 'for parts or not working' available for sale.
Which is the reason when i did buy i went for a factory designed mid drive motor. Bosch appears to be the industry leader and yamaha appears to be the one most associated with failing.
I'd also say that the majority of the technological advances being made these days are being driven by the large MTB bike companies
Last edited: Jan 9, 2022
Bikes I've built over the last 15 or so years, including current rides.
1991 Muddy Fox Adventurer,1991 Claud Butler Ventoux 400 ,1992 Raleigh Diablo ,1992 Rudy Project, 1995 Cannondale M200 ,1997 Santa Cruz Tazmon ,1997 Specialized Stumpjumper ,1997 Specialized Rockhopper ,1997 Marin Quake 9.0,1998 Marin Pallisade trail ,1998 Raleigh Torus,1999 Orange Clockwork ,2003 Cove Stiffee FR ,2005 Kona Hahanna ,2007 On-One Inbred ,2007 Kona Kikapu deluxe ,2010 Orange Pure7 ,200? Omega DNA 6al/4v Ti Interbike prototype.
E-Bike 2021 Scott Genius Eride 920

If one goes on German pedelec forum or ES there is a large band of OSF programmers who are providing free downloads and files for software and programming of controllers and displays to enhance generic electronic components.
These guys are even showing step by step guide to making bespoke mini lcds for those who can 3D enclosures and follow simple electronic soldering and programming.
No longer does one need a bespoke TS controller for hub bikes, these guys take a bog std sinewave controller KT or Lishui being the item of choice and transforming in to TS mode.
It doesn't stop at hubs and controllers, the TSDZ2 is ne of the favourite mid drives to enhance because of the TS factor.
Boardman cx/mx (1) Oxydrive kit(270rpm ). (2) Bafang cst & KT kit (270rpm), (3) Q128C & KT kit( 201 rpm)), (4) Yose CST & KT kit (270rpm).

I have a bosch CX powered cube MTB. Its dongled and abused daily as a commuter. Completed 18k trouble free KM before the main bearing went due to wear and tear. Performance Line Bearings rebuild the motor and I am on 22k KM now. I have to replace the battery connection harness as the terminals wore out and the battery is getting a bit low on capacity now, realistically it may need replacement.

The only hassle is relatively frequent drivetrain replacements (every 2.5k) but I enjoy doing it and its not expensive in the grand scheme of things, especially as I buy the parts ahead of time. Wheel bearings are another wear item for me but that would be true of any bike.

In general the bike has been brilliant, my usage is way outside the design spec for the bike and drive system and it has held up to be fair. The whole bike has gotten a bit long in the tooth now to be honest but I still use it to get to work. Would contemplate going generic hub drive now however as Bosch etc. have gone all nanny state about delimiting ebikes etc.
Reactions: Nev