Newquay police will once again be patrolling the streets of Newquay and St Columb Major by e-bike during the busy summer months of the tourist season.

2018 saw the introduction of officers on e-bikes in the region with the patrols “very much appreciated by members of the local community” according to Cornwall Police.

The electric bikes have been loaned without charge by Clive Mitchell Cycles from July through to September.

Inspector Dave Meredith told Pedelecs: “Electric bikes allow our Neighbourhood Officers to substantially increase the range of the their mobile patrols while improving visibility and community engagement. We plan to continue this modern and dynamic method of community engagement this summer. The e-bikes will also support the force’s green agenda.” 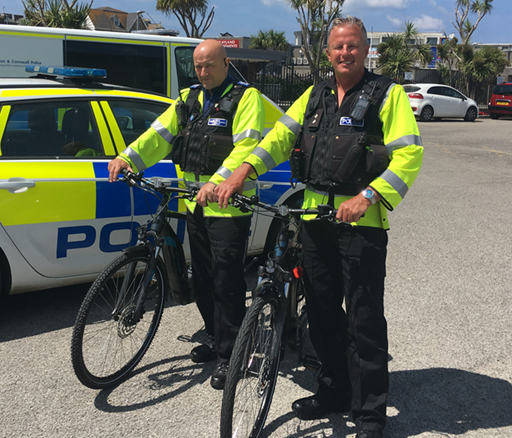 Pedelecs
I like that initiative by Clive Mitchell Cycles. I'm over 70 years of age and I'll donate my ebike to our local community bobbies when I have to stop riding.