In a week when Theresa May has pledged £106m for green transport R&D at the UK’s first Zero Emission Vehicle Summit, a survey of British workers has revealed 20% would be more likely to cycle to work on an electric bike if the Cycle to Work scheme cap was raised.

Conducted by YouGov on behalf of OVO energy, the survey says that while just 3% of British adults currently own an e-bike, raising the scheme’s current purchase limit of £1,000 has the potential to significantly increase ownership. Overall, 20% of all British workers said they would be more likely to obtain an electric bike to cycle to work if the scheme cap was raised.

The Cycle to Work scheme was introduced in 1999 to promote healthier commuting by saving employees the income tax and NI on the cost of the bike. However the purchase price of the bike is currently limited to £1,000. Whilst there are models targeted at this price range and under, the arbitrary limit does reduce options considerably.

Familiarity with electric bikes was recorded as 69% being aware of their benefits. Many also realised that adding powered assistance to a cyclist’s commute extends the distance that can be comfortably accommodated with a day’s work ahead. Of those that commute by bike less than once a month, distance to the workplace was considered the biggest barrier for 44 per cent of respondents.

Nearly half – 47% – of regular cycling commuters would make the switch to electric if the Cycle to Work scheme cap was raised.

The survey also showed additional support for a cap raise in areas outside of London and the South East. In the North East, 26% overall said they were more likely to switch to electric, with the Midlands showing a 25% increased likelihood of switching to a commute by pedelecs.

Junior transport minister, Jesse Norman, is reported to have asked the chancellor to raise the cap specifically to incentivise pedelec purchases, with the price limit raised to “£1,500-£2,000,” tackling air pollution, congestion and the cost of commuting at the same time, according to the Sunday Times.

Summarising the survey findings, Chris Houghton, CEO of Retail for OVO Energy, said: “The Cycle to Work scheme is a popular employee benefit that OVO Energy offers, however, greater access to electric bikes through the scheme would open it up to many more of our employees. We would welcome action from government to make this change happen.

“Today’s survey shows there is clear demand for electric bikes and that opening up access to them through the Cycle to Work scheme would get more people cycling. This would improve workplace health and wellbeing, reduce emissions, and improve air quality; all subjects we’re incredibly passionate about. Electric bikes, as we’ve seen with electric vehicles, will help power sustainable transport of the future. We’re at the start of the electric bike and electric vehicle revolution, transforming our energy system by decarbonising transport.”

Steve Edgell, Chair of the Cycle to Work Alliance, commented: “The benefits of electric bikes are clear, in particular for those demographic groups who may not currently feel confident about cycling and for those who live further away from work. This research from OVO Energy shows the positive impact that increasing the scheme limit would have on encouraging people to take up cycling across the whole of the UK. We know that employers want to be able to offer electric bikes to their employees through the scheme, so it is pleasing to see employers such as OVO Energy call for action to achieve this.

“The scheme is the simplest and most effective mechanism for making electric bikes affordable and accessible. We’re keen to continue working with the Department for Transport and the Treasury to open up access to electric bikes through the Cycle to Work scheme.” 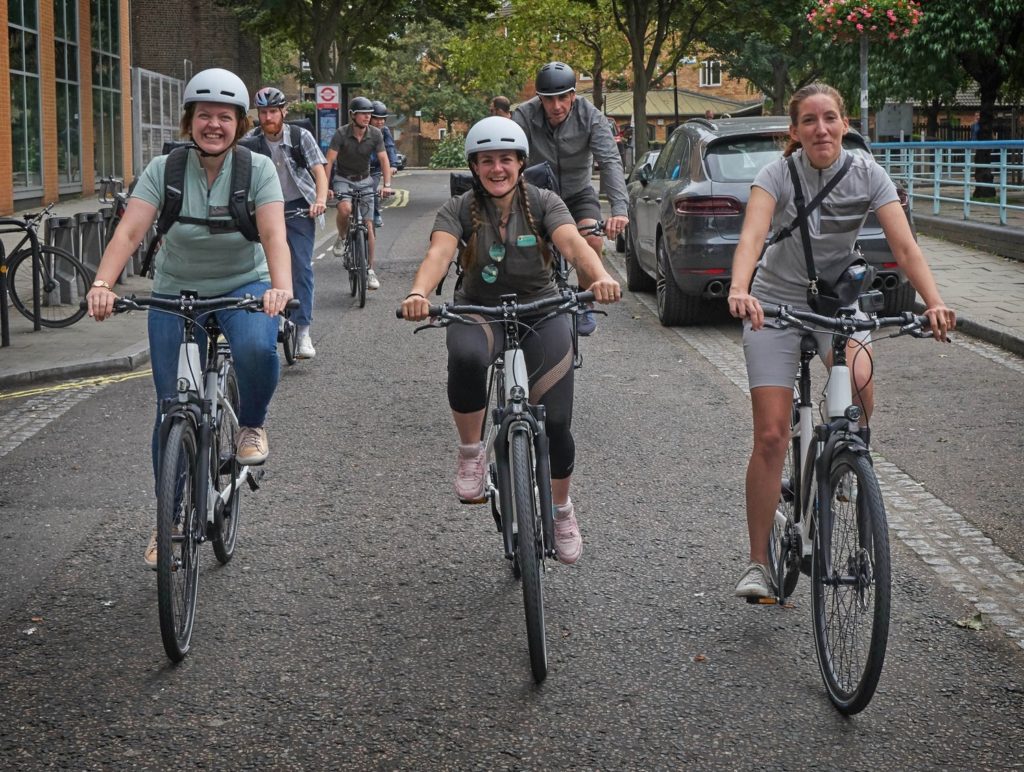