Pedelecs speaks to E-Bikeshop about eMTBs and what to consider if you’re thinking of buying one.

How does an electric mountain bike differ to other styles of e-bike? Do they need to be stronger built?

Yes of course, they are generally built for harsher terrain. An electric mountain bike has a completely different design over other styles of electric bikes. They have to be built for harder hits from the wheels up. Generally electric mountain bikes would have a decent wheel set which is designed to take the abuse & a frame that would be built with stronger materials in certain places. One of the biggest differences in eMTBs is the suspension set up and tyre choice.

What does an electric MTB offer over a normal mountain bike?

Electric mountain bikes have several advantages over normal MTBs. Mountain biking tends to be more draining than road riding due to the stickier terrain and steep slippery hills, eMTBs allow you to travel further in a day. So rather than go out for a couple of hours you could make a day of it and also see more of the scenery.

Many UK trail centres now operate an uplift (van back to the top) service for their downhill sections, by using an eMTB it means that you no longer have to rely/pay for that uplift service and you can actually get more ‘runs’ in a day because you can simply ride back to the top rather than wait around.

Also one of the biggest advantages I find with electric mountain bikes is the traction. With a motor assisting you it means you are no longer out of the saddle stomping your way up a tough hill in an easy gear, with the assistance you can sit in the saddle (moving your weight to the back end) and ride up at a steady cadence, an electric bike grips and all your energy moves the bike forward rather than sliding around. 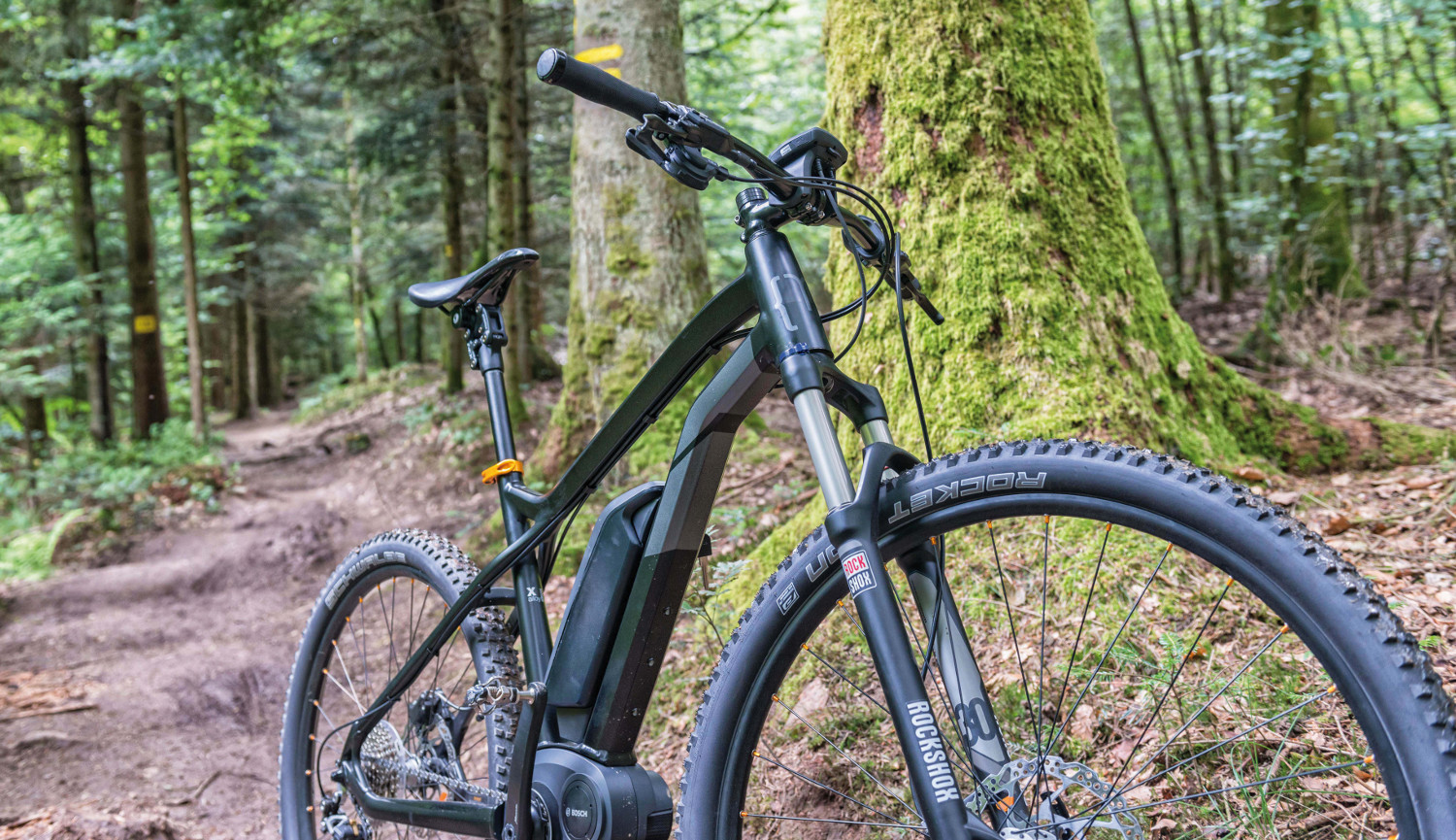 Is it possible to fit a kit to an existing mountain bike?

Yes, there are many crank drive and hub drive conversion kits available to convert your existing bike. They all apply the power in different ways (I’ll explain more below). That said many electric bike manufacturers put a lot of research into the design and motor placement on their e-bikes, so you may get a better designed bike with an ‘off the peg’ eMTB that will apply the power in the most efficient way.

Who buys eMTBs? Is there a specific target market for this product?

This is a brilliant question… One of my favourites in fact. Many years ago I started in the electric bike scene, selling Dutch style bikes to people of the older generation or less able to cycle a conventional bike. With the introduction of electric mountain bikes and more ‘sporty’ models it has broadened the horizon hugely and I now sell e-bikes to people 60+ down to guys in their twenties. I feel that this has really helped the electric bike market as a whole to become more accepted across the UK.

There is also a niche market for guys that are already on high-end mountain bikes that want to explore more and an eMTB allows them to do this, as described above. Decent brands now offer very well spec’d eMTBs that are more recognised for their components amongst even the most serious of conventional cyclists out there.

What motor placement is best?

This is an interesting one, some people will say different but I believe that the crank drive is particularly better for the off road scene. It is typically more efficient but the power is applied in a different way. It is applied directly to the chain (where the rider applies their own leg power) as opposed to pulling/pushing the rider along by the hub. This allows a more natural feel for the user but also gives for better traction as the crank drive gives steady torque where it is required. On sloppy terrain this is most beneficial as a hub drive can ‘surge’ when it applies power and spin the wheel as opposed to moving the e-bike forward. It also allows full use of the gears when climbing tougher hills. That said hub drive electric bikes can often be found cheaper than crank drive e-bikes, so a hub drive might suit your budget better.

Are there any issues to be overcome, such as this sturdier style being heavier? Does this affect their ability in any way?

Some eMTBs are heavier than others, generally the lighter weight ones are more agile off road and climb easier. Some heavier models can give a firm grounding, but be less agile for tight twists and turns. Most higher end eMTBs are very well designed and optimised to give the best performance. Weight has always been a key statistic, with the general rule – the lighter the better. As far as the weight difference is concerned between normal MTBs and eMTBs, yes the electric bikes are slightly heavier, although some of my Enduro e-bike models only come up only a few kgs more than a normal Enduro bike.

Electric bikes, batteries & motors are becoming better and more efficient, as this happens the weight comes down with it. This is another reason a crank drive is a little more optimised as the weight of both the motor and battery is in the centre and down low. This gives the bike a much better centre of gravity and allows the bike to be much more agile when throwing it about, rather than be front or rear wheel heavy. 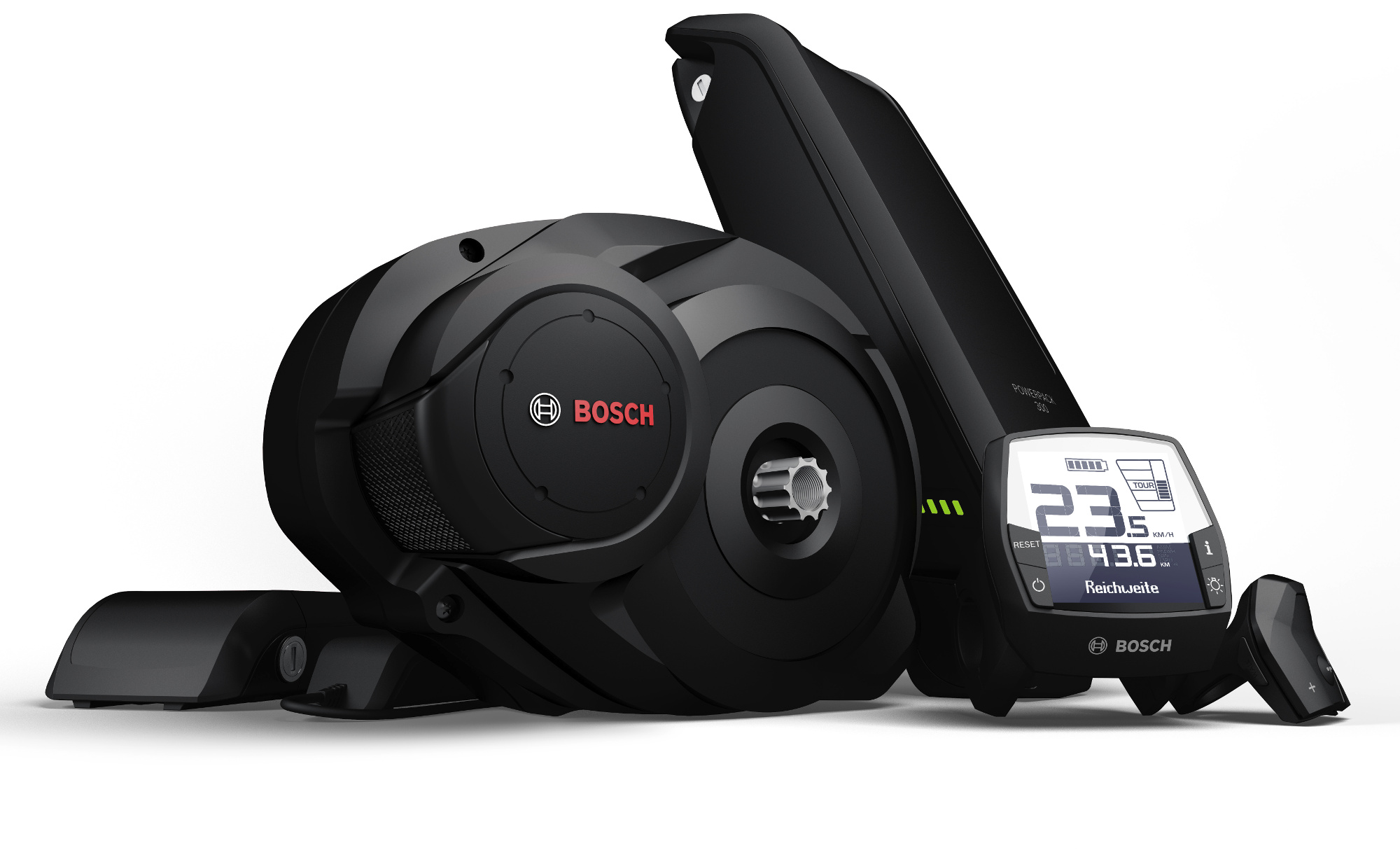 How many manufacturers make eMTBs, is there a broad choice?

Yes, more manufacturers are making eMTBs than ever, so there is a better choice on the market for the end consumer. Quality does differ massively between manufacturers, some manufacturers solely make eMTB so have more time to research and develop their bikes. With that in mind it’s always best to look at a few or better still ride a couple before committing to one in particular.

How much should you expect to pay?

Well it’s the same old saying… You pay for what you get. There are eMTBs out there that cost up to £20K. But the majority of mainstream bikes range from £1-6K. If you’re a heavy user that puts their e-bike through a lot of abuse, then some of the higher end models may perform better for your needs. For a ‘light’ off-roader, a more basic model could prove just the job, although it is very easy to get carried away and work your way up through the various models and price range.

My advice is to lay down your exact criteria and your riding abilities before setting a budget, then set out a couple of electric bikes that will suit you and go from there. You may find you don’t need to spend as much as you originally anticipated, on the other hand you might find that you need to spend a little more. It’s always best to buy something fit for purpose (even if it means expanding your budget slightly) to buy something that fits the task in hand and that you will use. There’s no point sacrificing a particular model that sits slightly above your budget for one that’s going to sit in the garage unused after the first ride because it has not performed as you’d expected.

It’s a confusing world out there as far as components / specification on normal mountain bikes, then combine this with eMTBs and its even easier to get confused. A visit to any good eMTB dealer should be able to help guide you in the right direction.