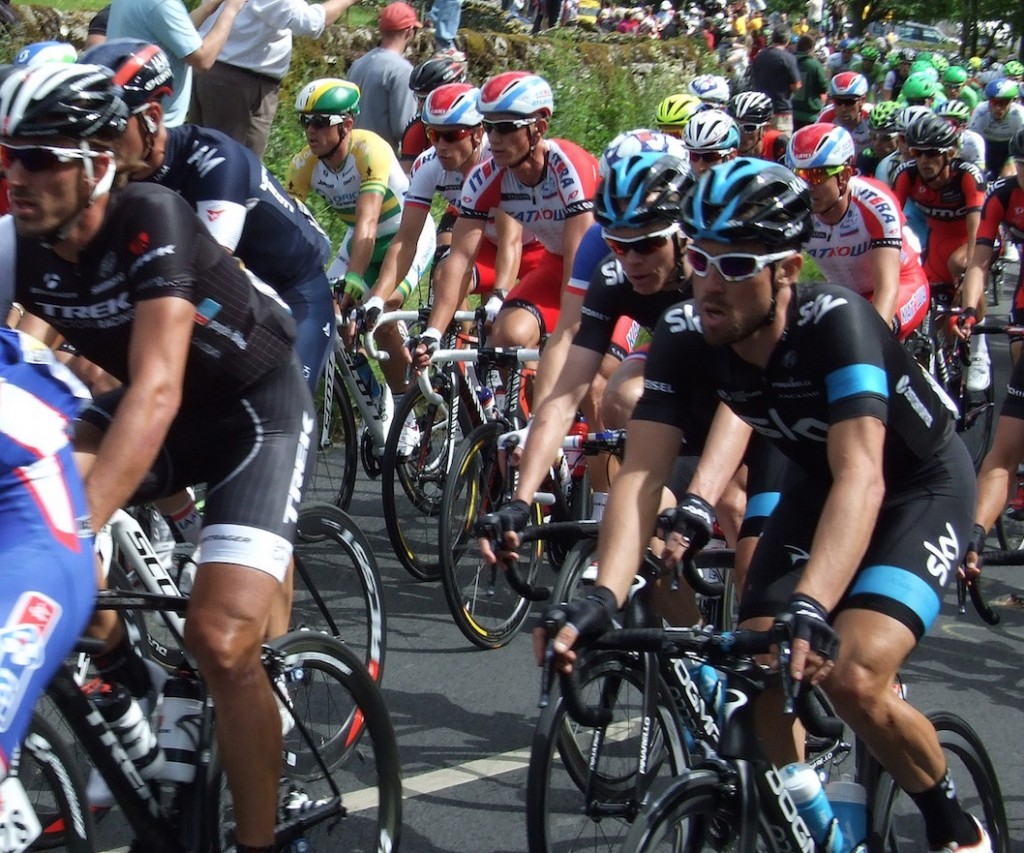 The UCI says their scanning system is also to be deployed at next month’s Tour de France, with resources in place to conduct between and 3,000 and 4,000 tests to catch those cheating with electric bikes.

Citing the industry’s willing cooperation with testing, UCI say: “It is clear that all stakeholders in cycling have a common interest to demonstrate that this sort of cheating has no place in the sport.”

UCI President Brian Cookson said: “Since the beginning of the year, we are sending a clear message which is that there is literally nowhere to hide for anyone foolish enough to attempt to cheat in this way. A modified bike is extremely easy to detect with our scanners and we will continue to deploy them extensively throughout the Tour and the rest of the season.”

Scanning Van den Driessche’s bike at the 2016 UCI Cyclo-cross World Championships involved a tablet and software capable of carrying out a test in less than a minute. If results flag up anomalies, the bike is dismantled for inspection.

The UCI state that the “scanner creates a magnetic field and the tablet then detects any interruptions to this magnetic field which can come from a motor, magnet or solid object such as a battery concealed in a frame or components.”

While the current scanning method, created last year by a team of software developers and electrical engineers, is being touted as the first line of defence against the mechanical doping aspect of race cheating, the UCI concedes that to be truly effective at catching riders using concealed motors, their testing methods also need to be unpredictable and varied.

The UCI have also trialled various other testing methods, concluding so far that the ‘flexible’ scanning method calling foul on Van den Driessche’s bike is the most effective.

Thermal imaging, while capable of detecting motor heat while in use, faces difficulties in distinguishing heat from moving parts, warm tyres and body heat. The UCI also considered the relative ease of thermal screening would pose additional obstacles to using this method with any great effect. The UCI say: “It is worth noting that the case of technological fraud detected at the 2016 UCI Cyclo-cross World Championships would not have been found by thermal imaging as the motor was not running when the check was made.”

With x-ray technology comes the logistical nightmares of a protected area to ensure the safe use of radiation for the public, use by trained operators only, as well as being prohibitively expensive and cumbersome.

Ultrasonic testing of material densities also faced the calibration challenges of varying manufacturers producing and continuing to develop bikes with frames and components of differing thicknesses and densities.

Investment in cleaning up technological fraud has been high on the UCI’s agenda, with extensive prototype testing in 2015 leading to this year’s trials of the scanning tool at races.

Brian Cookson summed up: “Over the past two years we have made a considerable investment of UCI resources to find a method of testing bikes for technological fraud which is flexible, reliable, effective, fast and easy to deploy. We have consulted experts from a wide variety of professional backgrounds – universities, mechanical, electronic and software engineers, physicists – and worked with the best technology available. Our ability to reliably test so many bikes has transformed our work in this area and we will continue to test widely in all our disciplines to ensure that anyone tempted to cheat in this way knows they are highly likely to be caught.”