Three times in the past 20 months my Tonaro battery has gone out of balance necessitating sending it off for attention.
I doubt that it is anything to do with the way I use it because I have another battery, a 2011 phyllion one that is still working well although reduced in mileage.
Further, I have two other batteries on my Woosh bike and both have remained in balance since about 2013.
Has anyone any idea why I get this problem?
A

mike killay said:
Three times in the past 20 months my Tonaro battery has gone out of balance necessitating sending it off for attention.
I doubt that it is anything to do with the way I use it because I have another battery, a 2011 phyllion one that is still working well although reduced in mileage.
Further, I have two other batteries on my Woosh bike and both have remained in balance since about 2013.
Has anyone any idea why I get this problem?
Click to expand...

Guessing only in the possible order of likelihood, list may not be complete either, wait on others here:-
1) Battery builder does not have a clue on how to build a battery.
2) Cells are maybe low quality, rejects, or are from different vendors or batches. Were totally unmatched.
3) BMS is defective or incorrectly installed.
All not good.
Best of luck.
Andy
M

1 and 2 Extremely unlikely
3 I have suspected this
A

mike killay said:
1 and 2 Extremely unlikely
3 I have suspected this
Click to expand...

I hope you are right with 1 and 2, but that is not my general impression from certain shops who are apparently buying up rejects....
You may find this informative:- 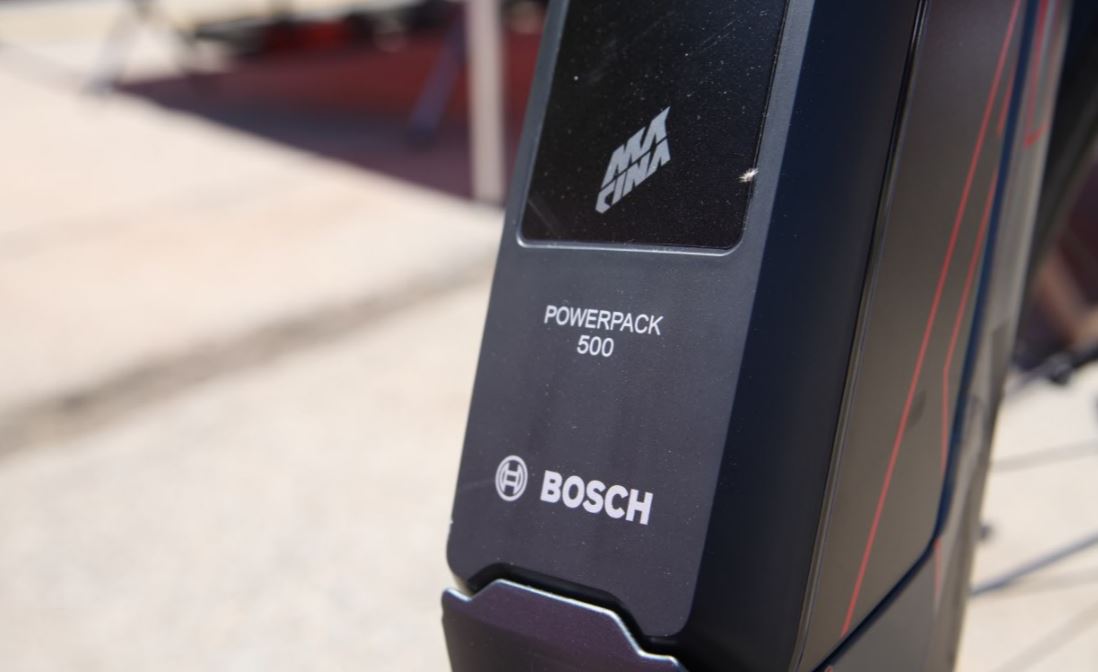 By Patrick Benjamin, LEVA Over the last couple of weeks, I have been studying and writing about the state of

Some batteries have to be turned on to balance. But I have a small (7ah) cheap battery that has a small BMS (no load resistors) that does not have a balance function and needs to be rebalanced manually every few months, which I do myself. I believe this (no balance function in BMS) is common with small scooter batteries as well.
M

It did occur to me that the balance wires could be tapped and extended to an external plug to simplify matters.
S

You have to be very careful

mike killay said:
It did occur to me that the balance wires could be tapped and extended to an external plug to simplify matters.
Click to expand...

You have to be very careful if doing this as the individual cells are not fused, and the wiring wearing or shorting could overheat a group of cells and cause fire. Its also a tedious job individually balancing the cell groups. (It is generally recommended not to open batteries.)

On all my batterie soft packs I run separate balance taps so I don't need to try and disconnect the BMS, it is possible with hard case packs but not very practical.

If cells become unbalanced it may be as Andy has said cells may be unmatched in a P group/some weaker or having a higher IR, some poor cells self discharge a little.
It is more then likely that a cell/s have aged a bit worse then others and only needs one in a P group to pull down the rest in the same P group, this one cell can cause imbalance to the whole cell group.

I'm having similar issues with the latest pack that I've built, this is a 36V 5P10S. Originally I thought this was down to the cells being purchased from 2 different suppliers so having different states of charge, all cells were balanced charged to 42V and terminated at about 500mA. However twice now in 3 months (1500 miles) several of the 5 paralleled cells have gone out of balance and triggered the BMS to shut down on over Voltage.
I do wonder if this might be due to the charger at work being on a timer and possibly turning off when still in the constant current phase of charging.
I think the bypass resisters on my BMS are 68 Ohm so the packs of cells have to have very similar states of charge for the BMS to balance the cells successfully
Checking the cell voltages hot off the charger after an aborted charge cycle gives 6 of the paralled cells a Voltage of 4.2V and 4 other around 4.05V, however not always the same ones.

SwampRodent said:
I'm having similar issues with the latest pack that I've buil
Click to expand...

A well built pack with quality cells should not go out of balance in such a short time. Were the cells all new? What system have you used in it's construction?
Last edited: Mar 12, 2020

Well there’s the thing, 30 out of 50 of the cells were about 2 years old but very lightly used, however by and large these are the cells that are behaving, the 20 newer ones are usually the problem. All cells are decent Panasonic NCR18650PF (I think 2700mAh). All cells in each parallel block of 5 are from the same ‘batch’.

The BMS is a regular ebay job but these have worked fine before although this bike gets some serious off road commuting abuse (forrest tracks, fields, cobbled streets).

Charging at work is by a regular 2A 42V Lion charger on a timer in case I get called of site.

Home charge is an intelligent charger based around an Arduino microcontroller that charges at 2.0A until 42.0V and then when the current tapers to 200mA terminates the charge, this also gives me an Ah figure of what has been put into the battery and the time taken. If this is showing 42.0V and 0.0A I know that the battery BMS has tripped on over voltage, the last time it did this was at 97% charge which off the top of my head is around 220mA.

My last battery built the same way and using the same charging regime is still running strong after 1600 charge cycles (20,000 miles), I don’t discharge more than 50% unless there is a detour or particularly savage head wind.

I use built-in battery heaters if the temperature is below 0 degrees, I have a temperature read out fitted so I can keep an eye on the cells.

The physical construction is by 3D printed cell holders inside a carbon composite battery box mounted under the downtube in a similar way to an oversize crud catcher.

Cell age 2 years a part may well be a factor irrelevant of being the same voltage, they likely have either suffering higher IR & capacity loss.

Unfortunately I only had the option to solder, I built a couple of dual pulse spot welders but wasn't happy with the results and don't believe a cheap commercial welder would be any better, soldering I know is the hight of bad practice but I'm confident that my technique put minimal heat stress on the cells i.e big iron, flux, lead solder, heat for a fraction of a second and cool rapidly, probably less damage than a low quality spot welder punching a hole through the cap.
The bus connections are tinned copper braid. This process does make the pack serviceable so I can easily swap out cells if need be.

I do wonder if the 20 new cells I bought might have been seconds or there is an issue with my
charging technique.

Apologies if I have hijacked this thread.

Cell heat damage esp from soldering is critical on the neg end, the centre of the cell base /neg end is a no go area. Copper braid although tinned still requires a lot of heat for decent joint.

I would carefully check all parallel buss welds on each cell + & - end, use a sharpened wooden lolly stick or pointed kebab stick and pry under each connection for any weak /loose solders or cold solder joints.

Try manually balancing each cell group so they are the same, I suggest at nom value of 3.6 or 3.7v. Then once stable and all within 0.02v try a balance charge to see what occurs, it might be the BMS at fault and not the cells. Some BMS are better then others .

1. Mixing cells in a battery pack isn't a good idea

2. Are you giving the BMS chance to balance the cells for a few hours after the pack is fully charged? This needs to be done every so often, not necessarily on every charge.
B

Water from condensation can cause a battery to becoming unbalanced through a small short circuit. Not enough to do any noticeable damage but enough for the pack to become unbalanced over time. When batteries are properly assembled gloves are used so human sweat which contains salts does not contact the metal. Salt makes condensation more likely. Leave said battery in an unheated outdoor environment and moisture from the air will get inside and settle on the salt patch and cause a slow short circuit.

Electronics need to be well designed and assembled to prevent this happening in an outdoor environment. I remember reading that Justin from ebikes.ca found that most of the damaged china sourced ebike battery returns were caused by corrosion, water had got in somehow, my guess would be from moist air. His solution was potting the batteries in epoxy hence the development of his Ligo packs.

A way round the problem of battery or for that matter motor corrosion is to keep your bike in a heated indoor environment where condensation will not occur.
D

Baboonking said:
Water from condensation can cause a battery to becoming unbalanced through a small short circuit. Not enough to do any noticeable damage but enough for the pack to become unbalanced over time.
Click to expand...

Not sure what you mean by a "small short circuit", a high impedance leakage path perhaps? This can occur but the BMS should rebalance the cells if it's given the chance by every now and then by leaving the charger on for a few hours after it indicates that the pack is fully charged.
B

Yes, a small current flowing in a high impedance path from from the positive to negative casing which is physically only circa 1mm away at the positive terminal.

In theory the BMS should rebalance the cells but how long this takes depends on the balancing current, whether the BMS throttles said current because it overheats, at what voltage the BMS starts to balance and whether the charger voltage is precisely set with respect to the BMS balancing voltage. I've heard stories of batteries only balancing when left on the charger for 2 weeks which may raise safety anxiety if charging indoors and the provenance of the battery is unknown.
D

If the BMS needs 2 weeks to balance the cells it's faulty.