Can a Bosch Performance chain guard be purchased separately?

I'm still running a KTM Action Macina 29 (2014 model with Performance drive and Intuivia display) and have now done 4300+ miles. Aside from a couple of hiccups I've been extremely happy with it. It's probably around 18 months old now, so could probably do with a bit of TLC.

Last year I contacted KTM to see if they could source the chain guard (black ABS plastic, see image) as the lugs were not very reliable, but KTM was unable to. Thinking about it, it is probably a Bosch item rather than a KTM item anyway. So, for the last year I have used an unobtrusive bungy cord to keep the guard on, which it has done very well. However the plastic lugs have finally given up, and the chain is now struggling to stay on. I thus think I need to make a better effort to find a replacement part! 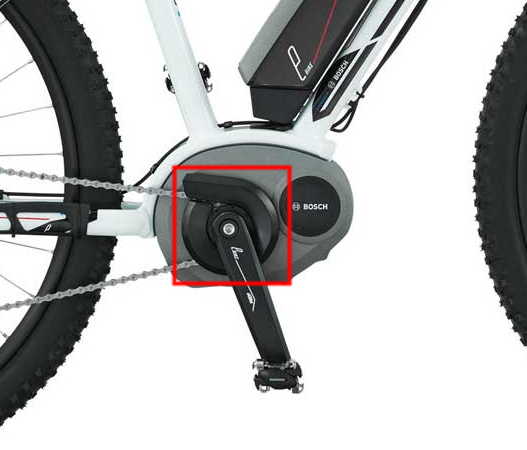 I have found a Bosch guard for "Gen 2" on eBay, but I don't know if this would fit - it does look different (see image). It's mail order from Australia as well, which is a bit of a way for the UK market. 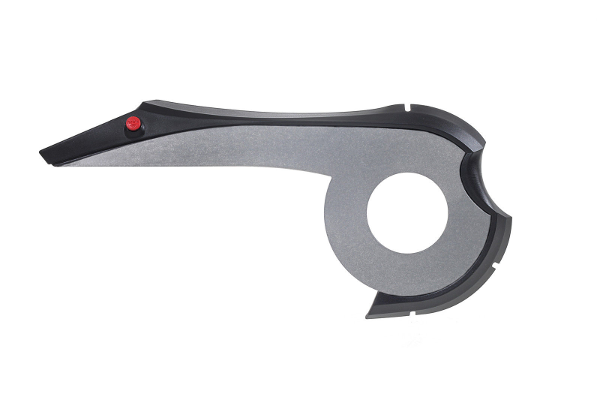 Thanks soundwave - I don't know. Does a "bash ring" keep the chain on? The thing I have at the moment is enclosed, so presumably works against chain bounce as it tries to jump off the sprocket. I can't see how that would do the same - but happy to be wrong!

you sure your chain is not too lose? its there to stop clothing getting ripped not to keep the chain on.

its here if you want 1

or this will cover more chain
http://www.pro-cycling-golla.de/E-Bike_Teile___Hersteller___Antriebe/Bosch_Active___Performance___CX_Line/Ketten___Kettenschutz.html

that should stop it coming off on the ruff stuff had 1 on my santa cruz nomad
Haibike xduro all mtn pro 2014.BAEB.3.3
www.performancelinebearings.com​
H

soundwave said:
you sure your chain is not too lose?
Click to expand...

I'm not certain, but it seems OK to me - there's no appreciable slack, and pressing down on the chain gives a satisfying amount of bounce. I'm on my second chain/cassette, but I seem to recall the first one had the same problem - if the guard was off, the chain would stay on for a couple of hundred yards. Is this not usually the case?


soundwave said:
its here if you want 1

Bravo, thanks! Had I known to search for "Kettenschutz Horn A14ES schwarz" I would have found it

Thanks for the extra images - a chain tensioner is a good idea.

you could try a bigger sprocket at the front i have 16t on my haibike, tho then not sure that guard will fit.?

what are you doing on the bike to make the chain come off?
Haibike xduro all mtn pro 2014.BAEB.3.3
www.performancelinebearings.com​

you can also have 2 sprockets on the front but will need to change them buy hand and loose the guard.

the kits are around 100 euros tho

soundwave said:
what are you doing on the bike to make the chain come off?
Click to expand...

have you changed the front sprocket ? as that small it will wear out fast and even faster if the chain is flying off it and back on.
Haibike xduro all mtn pro 2014.BAEB.3.3
www.performancelinebearings.com​
H

soundwave said:
you can also have 2 sprockets on the front
Click to expand...

soundwave said:
have you changed the front sprocket ? as that small it will wear out fast
Click to expand...

4300 miles and not changed it lol its done dead finished long ago.

you need the spanner to remove the lock ring dont try hack it off as plastic.
Haibike xduro all mtn pro 2014.BAEB.3.3
www.performancelinebearings.com​
H

soundwave said:
New 4300 miles and not changed it lol its done dead finished long ago.
Click to expand...

Your comment encouraged me to get the bike onto the stand immediately, and whilst I rarely take a look under the cover to know what new looks like, I would be very willing to believe my battered cog needs replacing! I'll get this ordered first. Thanks!

i have a 19t connex 1 from Germany you can have for 10 quid brand new tho doubt you like it with out a dongle.

soundwave said:
i have a 19t connex 1 from Germany you can have for 10 quid brand new
Click to expand...

Hmm, I might get that from you. I've just "counted me teeth" and it turns out I'm running a 16-tooth sprocket, and I wouldn't mind a bit more resistance/speed. A new, identical guard should fit over that - there's a good 25mm clear on all sides.

the spanner i have is here http://speedup.altervista.org/tool-for-spider-nut.html

if you want to fit this you will need the socket
http://www.pro-cycling-golla.de/Werkzeug/Spider_Tool___Abzieher___Lockring_artikel526cf517b9644.html
http://www.pro-cycling-golla.de/Kettenblaetter_Verschlussringe/Verschlussring_in_grau_mit_Kettenschutz_artikel55cca24106b98.html
Haibike xduro all mtn pro 2014.BAEB.3.3
www.performancelinebearings.com​
H

Eek, that's three things! I take it the spanner and the spider do the same thing? The spanner works on its own, whereas the spider needs a (torque) wrench plugged into it?

Are you the guy who visited us? Because didn't we provide you with the part number? It's in stock and can be ordered from any KTM dealer.

The part number is:

It's in the KTM b2b shop so any dealer can get it for you.